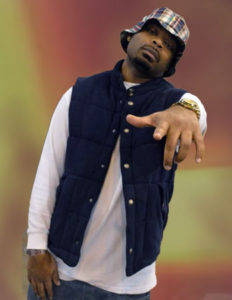 D-Ray was born and raised in Ft. Worth, TX. By the time he was in High School, he was beginning to see that he was serious about music. He was know for winning local rap battles at high school football games, talent shows & calling the K104 in DFW station all of the time to freestyle.

In 2007, D-Ray dropped his 1st solo mixtape “My Mixtape Is Killing Your Mixtape” which is considered a classic by many who have heard it. He along with Dorrough mysic had a very large buzz on the Prairie View A&M cpus at the time. D-Ray released 4 other mixtapes since the release of his 1st one (Shittin On Boys, Ralph Lauren Shawty, Greatest Hits, Good Sex & Paychecks).

In 2014, D-Ray had 7 songs hit the the air waves on 97.9 the Box & 93.7 the Beat in Houston (ascwell as other major & internet radio stations) including 2 that were put into rotation, “I Be On Something” ft. Quinn, & the viral hit “Shake It.” You can search youtube and you will find plenty of fan made videos to “Shake It” including one by Love & Hip Hop’s Jhonni Blaze (which has around 700,000) views. You can’t go into many urban clubs in Texas and not hear “It’s D-Ray baby!” coming out of the speakers.